Many believe that money matters, but do you agree with me that our names matter most? Whether short or long, it gives everyone’s unique character and identity. Here are some of the most popular celebrities or famous personalities with long names.

Together, let’s inhale and exhale as we find out who among the celebrities have long real names.

Daniel Day-Lewis or Sir Daniel Michael Blake Day-Lewis in real life was born and raised in London. The English actor is considered one of the greatest actors of his generation.

The critically acclaimed actor began his career as a stage actor and then switched into film and appeared in the movie “The Bounty,” but his career soared high when he starred in the 1986 movie entitled “A Room with a View.” Since then, he was seen in many successful movies like “There will be blood” and “Phantom Thread.”

Day-Lewis is the only actor who has received three wins as Best Actor in the Academy Award and the third male actor to win three competitive Academy Acting Awards. He is a recipient of four British Academy Film Awards for Best Actor, three Screen Actors Guild Awards, and two Golden Globe Awards. Also, he is a Knighthood for services to drama award recipient in June 2014.

Who would forget Jack Bauer in the action-drama series “24,” in which Sutherland won an Emmy Award, a Golden Globe Award, not one but two Screen Actors Guild Awards Satellite Awards! Some of his famous series and movies are “A few good men,” “A Time to Kill,” and “Designated Survivor.”

Benicio del Toro or Benicio Monserrate Rafael del Toro Sánchez is an actor and producer who is born and in Puerto Rico.

The Puerto Rican actor was acclaimed for his incredible performance in the 2000 movie Traffic in which he won an Academy Award, BAFTA Award, Golden Globe Award, and Screen Actors Guild Award. Also, he stars in the movies “Starwars: The Last Jedi” and “Escape at Dannemora.”

Hail the Mother of Dragons! Daenerys Targaryen is the screen name of Emilia Isobel Euphemia Rose Clarke. Emilia is born in London.

Clarke was a stage actress before she debuted her television guest appearance in the Medical soap opera “Doctors” in 2009. Afterward, she has appeared in many movies and series including the 2016 movie “Me before you” and her breakthrough role in the award-winning HBO television series “Game of Thrones.” The role as Daenerys Targaryen garnered her international recognition and many accolades, including four Emmy Award nominations.

Ella Marija Lani Yelich-O’Connor or Lorde, as she’s known professionally, is a singer and songwriter who is born in Auckland. Lorde is an icon when it comes to music and style. The singer from Auckland is known for her contemplative songwriting and unconventional music style. Primarily, her music inclines to electro-pop containing subgenres elements such as indie-electro and dream pop.

The award-winning singer and songwriter won several awards including two Grammy Awards, two Brit Awards, and a Golden Globe nomination. She is in the 2014 edition of Forbes 30 and under 30. Additionally, she has appeared on Time’s list of the most influential teenagers in 2013 and 2014.

Whoa! Are you gasping for air with these celebrities’ long names? I surely am. We are given identity because of our name and this name helps you be recognized by others. So, let us be grateful with our names and cheers for this recognition! 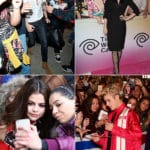