Hannah Dodd will take over Ruby Stokes’ role in “Bridgerton” season 3. She will be taking on the role of Francesca, who is the third youngest member the Bridgerton family. Stokes only appeared on screen in the role a few times, but is exiting the series to star in the Netflix show “Lockwood & Co.”

The “Bridgerton’ team has had to work hard at identifying their Francesca. Chris Van Dusen (Bridgerton creator) said, “I love Francesca but we lost her midway thru season two.” TVLineMarch saw the departure of Stokes. “She had exhausted all options and was forced to leave due to circumstances beyond her control. Francesca’s casting signals that her character will be given more screen time in future seasons. Francesca is featured in Julia Quinn’s “Bridgerton”, sixth installment. She has her own book called “Why He Was Wicked”, which is the sixth installment of the series.

Dodd is sure to be an interesting character, especially if her own season allows. According to the series, Francesca is “a little mystery in her chatty, extrovert family.” “Despite her reserved disposition, she manages to get along in society affairs, fortified and equipped with a dry humor and pragmatism that confounds the fickle ton while drawing attention when she most needs it.” The role of Dodd is still a mystery, at least for the moment. Continue reading to find out more about Dodd. 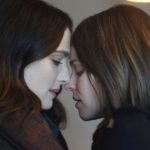 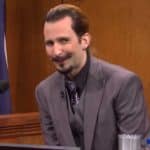