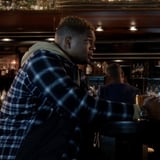 After all the secrets of the Tejada family were revealed in “Power Book II Ghost”, the Tejada clan has fallen into disarray. Everyone is at odds with each other, from Diana (LaToya Tonado) sneaking around Tariq (Michael Rainey Jr.), through Cane (Woody McClain), to Monet (Mary J. Blige), lying about Zeke (Daniel Bellomy), biological parents. After their brief encounter on the basketball court, episode seven, a sneak peak of episode nine, “A Fair Fight?,” shows Zeke’s formal meeting with Mecca (Daniel Sunjata), his birth father.

After figuring out Monet’s true identity, Zeke feels lost and looks to Mecca to find answers. “She lied to me my whole life, to my face, that’s f*cked up, man,” he says in the clip. Zeke is now 23 years old. He was actually 19 when he was originally recorded. This violates NCAA rules and could put his draft in danger. Mecca has an idea that could help Zeke get Monet back in his corner.

Many viewers were on edge of their seats when the shocking ending to Professor Milgram’s murder in the previous episode. The aftereffects will surely sabotage Tariq’s plans to win his murder trial. Tariq’s past haunts him everywhere he goes. So the big question now is: Will he be what his father wanted him to be? We will find out in the season finale, which airs February 6, 2009.

You can watch the teaser video above in preparation for episode nine’s premier on Sunday, January 30th. 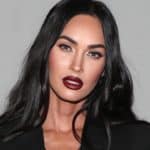 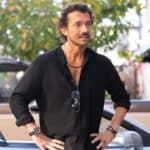