NBA pro Iman Schumpert and Teyana Taylor, his singer-songwriter spouse, have put their house on the marketplace and are seeking a $4 million buyer.

This 5-bedroom, 6-bath house in Studio City, CA has a lot of cool stuff. It includes a pool, movie theatre, and even a waterfall. A custom dog house is the bonus for dog lovers!

The master bedroom features a large walk-in closet, and a meditation balcony with a view of the Zen-themed yard.

Iman and Teyana attempted to unload the property several times before. In 2018, they bought the property for less than $3M. Then, they listed the property for rent and tried again two years later to sell it for $3.695M. They took the house off the market, and it was just relisted.

We were told that they are selling because of how much time they spend on the East Coast.

Sean ‘Eitan” Constine of Nourmand and Associates Beverly Hills has the listing.

Good luck to you all!! 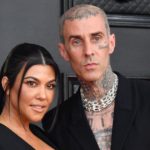 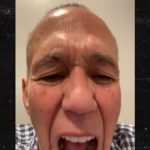