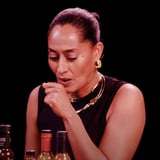 If Tracee Ellis Ross shrieking for her mommy was any indication, you can see how the wings of death challenge went on First We Feast. Her open admission that she wasn’t “great around hot food” was refreshing, especially when compared to celebrities who are known for their sexiness and gloating about it. I admire her for overcoming her fears on the show, despite having nightmares about them.

Ross talks about her transition from “Girlfriends” to being “Black-ish” helmer. But she also addresses the question everyone has during these interviews. “Where did you find these things?” Sean Evans asks her about the variety of hot sauces at the table. She also talks about the spicy world she has to live in while trying to eat her hot wings.

Ross recalls stories about Naomi Campbell’s modeling career, New Years Eve at Madonna’s home, and her first walk in a Thierry Muggler show. As she continues her spicy wings challenge she barely makes it to the halfway point before she succumbs the the dreaded heat. Ross’s hilarious episode of “Hot Ones,” can be viewed above. 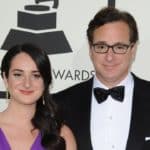 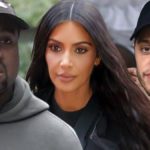