Superhero comics and motion pictures feature powerful fictional characters with superhuman abilities. These action figures are normally confronted by an equally formidable gang of super villains. People are hooked to their superheroes because they possess the power, finesse and fighting skills to face the super villains and beat them at their own game. The largest and most successful league of superheroes is produced by DC Comics and Marvel Entertainment studios. The list of superheroes includes Spiderman, Thor, Wonder Woman, Deadpool, Superman and Wolverine. Below is a listicle showing how the most popular superheroes stack up.

Spiderman is easily recognized as one of the most popular superheroes in the impressive Marvel roster of action figures. Spiderman was once a high school student, who turns superhuman after an irradiated spider bite. During the day, Spiderman is a mild mannered guy, who is very relatable. He can be seen dealing with every day issues like work commitments and relationship challenges. His fighting tactic involves crawling and veering across city streets and tall buildings. Spiderman is one of the few superheroes who use jokes and hard hitting, one-liners to size up allies and opponents. Following in the footsteps of the first Spider Man movie, “Spider Man 2” and “Spider-Man 3” have also been very successful at the box office. Some of the renowned actors who have played Spiderman on TV shows and movies include: Toby McGuire and Andrew Garfield.

The character first appeared in 1962 and remains a popular action figure due to his spirited fights and characteristic rage. For his humongous size, Hulk possesses amazing speeds and is evidently built to fight. However, Hulk is a deeply conflicted person, who is constantly struggling to control himself. He has to balance between being a nice cultured, scientist and a green monster driven by uncontrollable rage. It all starts when a young scientist named Bruce Banner rushes to the scene to remove a teenager wandering inside a nuclear research facility belonging to the US Defense Department. The scientist is radiated by the gamma energy and transforms into a superhuman. The movies and TV shows that feature Hulk include: “The Incredible Hulk”, “Avengers Assemble” and “Thor: Ragnarok”.

A powerful mutant and fierce fighter, Wolverine first appeared in a popular comic book in 1974. The most outstanding features about Wolverine are his wolf like senses and razor sharp claws. Wolverine unleashes a fearless posture when lined against other gallant mutant superheroes. His ability to take on formidable challengers largely stems from his powerful self-healing factors and sharp instinct. Wolverine’s no non-nonsense character is also an object of much admiration from his huge fan base. His popularity is well-captured in the X-Men movie series featuring the actor, Hugh Jackman. The 20th Century Fox released the hugely success film, “The Wolverine” in 2013 after the “X-Men Origins: Wolverine” that hit the big screens six years earlier in 2009.

Wonder Woman is beautiful, swift, strong and wise. She is among the best-known female heroines of our time. The heroine was created as a feminist role model based on a popular Greek Mythology. She was raised in Themyscira, a hidden treasure island in ancient Greece. Wonder Woman uses her mesmerizing beauty and superpowers to bring peace and ensure communal co-existence. Even with her good intentions, the superhero is sometimes caught in conflict situations, where she has to choose between peace and fighting back. She learnt the fighting tricks from her Greek ancestors. The American superhero features in the movie “Wonder Woman: Rise of the Warrior” and “Wonder Woman: No Man’s Land” that was released in 2017. The heroine remains a huge inspiration for young girls looking up to the superheroes league.

During the World War II, a patriotic soldier volunteers to be injected with a serum that makes him a super fighter. Captain America quickly becomes a household name and a living testament of freedom. These attributes wins him many hearts and minds. He is also broadly admired because of his moral fabric and virtuous heart. From the very beginning, Captain America’s goal is to see a united, honest, hardworking and strong America.

The captain fights alongside the Axis power during the WWII. Once the war ends, he joins the Avengers squad. His iconic, indestructible shield is made from a tough alloy of admantium and vinranium. One of the most successful films featuring Captain America is “Captain America: The First Avenger” that was released 2011. Another success is the “The Avengers” (2012) that broke the box office with over $690 million worldwide sales.

The character was first introduced in 1963 and is a founding member of the Avengers superheroes league. The story of Iron Man begins when an ingenious scientist is kidnapped by the enemies and forced to build a powerful secret weapon. Instead of building a weapon for his captors, Iron Man develops a powerful armor, which he uses to escape and save his life.

The weapon is a high tech body suit that makes it possible for Iron Man to fly at supersonic speeds and fight enemies all across the world. Iron Man has featured in several action movies, including Iron Man (1, 2 and 3), “The Avengers”, and “The Incredible Hulk”. The most popular actors behind the superhero include Robert Dawney, Mick Wingert and Robert Diakowsky. The recurring themes in Iron Man movies are fighting oppression and championing the American robotic technology.

Thor is a multi-faceted superhero with wide ranging abilities. He stands tall as the god of thunder and a member of the Avengers clique. Most of his powers are wrested on his trademark iron mallet. Thor can use the mallet to summon inner lightning and strike wherever he wants. He has to do everything to safeguard the hammer because anyone who gets a hold of the weapon will inherit his abilities.

The action figure first appeared in 1962 and his stature has risen over the years, thanks to his sole mission to protect the innocent. Some of the most popular TV shows and movies featuring Thor include: “The Avengers”, “The Fantastic Four” and Thor, the film. The distinguished names behind the character include Chris Hemsworth and Travis Willingham.

Black Panther is celebrated as one of the most popular superheroes in the star studded Marvel Entertainment stable. Developed in 1966, Black Panther brings in the much needed diversity into the picture. The character is a chieftain of the most developed and technologically advanced African nation of Wakanda. Unlike most superheroes only keen on safeguarding their streets and blocks, Black Panther fights to protect the throne and his beloved nation. He is focused on ensuring Wakanda’s geopolitical space is protected.

Black Panther’s powers come from his black suit, which is both bullet and knife proof. The warrior can hunt and do combat at the same time. The Black Panther’s costume, alongside the Iron Man body armor and batman’s bat suit are among the most widely sold costumes designed after superheroes. Since its inception, the popular action figure has been played by a number of actors, including Chadwick Boseman and James Mathis.

Playing in the league of the popular X-men character Wolverine, Storm is often seen by her many adoring fans as the coolest character in the top-rated, Omega Level Mutants league. Storm also comes off as a trusted leader and an effective team player among the superheroes. The heroine was created back in 1975 and featured in a comic book dubbed “Giant Size X-Man”. She is the first black female superhero to be unveiled by Marvel Entertainment studios.

The X-Men character first appears as a street urchin with a talent to control the weather using instinct psychic abilities. Since her introduction in the mid 70’s, Storm has created an enduring legacy that stands to this date. Due to her close affiliation with other superheroes, Storm has featured in several TV shows and movie blockbusters. These include “Fantastic Four” and the high-octane “The Avengers”. The movie character has been played by award winning actresses such as Hale Berry and Susan Dalian. 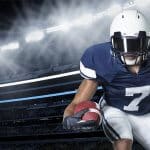 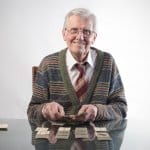