Boredom is here again, and got nothing in mind that could shake off your biggest adversary? How about revisiting your childhood friends, the most popular Pokemon?

Being stuck in the house especially in this rare time of the century is all but frantic worries and humdrum of everyday quarantined life. While social media plays a vital role in the lives of many, others turn to their gaming consoles to pacify the screaming soul that longs for an escape from the current realities in life. Nonetheless, young or old, it is a good thing that there is always solace found back in the tender years.

If you are thinking about revisiting your childhood friends from the Poke-monster world, here is a quick list of the most popular Pokemon that you might find useful.

For someone who grew up in the ‘90s, you might think that this is still about Pikachu and Charmander. Well, guess what? You are wrong! Charizard has captured the hearts of its million fans from across the globe as it soars high up in the sky with its powerful wings and fiery tail. It might not be the most adorable among the pocket monsters, but this dragon Pokemon, can breathe fire and melt anything up with one fiery puff. So, you have got to be careful!

Who can brave around a ghastly little denizen walking around under the dim moonlight? Gengar can keep its enemies up all night without the fear of losing a fight albeit the cold. Baneful as it is, no such Pokemon characters would love to torment each passing soul, ruling out not even the loveliest people.

Another fire-fueled pocket monster, Arcanine is a fearless doglike Poke with qualities far from other canines. It has the character of a lion and a tiger which is beastly, but not to those who have grown to love this swift-running hound. More so, it has the ability to intimidate its enemies with its Flash Fire, so be ready before it hits you.

Of all the Pokemon character names around, Bulbasaur has, perhaps, the most unique. If you are an insomniac or have trouble sleeping in broad daylight, maybe, Bulbasaur is not for you. Bulbasaur is a daylight napping monster that gets its energy from the sun. And while it is asleep, the bulb on its back photosynthesized the seeds it stores. This activates Bulbasaur and helps it evolve into Ivysaur at level 16.

As the name goes, Blaziken overwhelms its enemies with blazing flames from its ankles and wrists. This humanoid chicken-like Pokemon may not have the ability to fly up to extreme heights, yet it has got incredible long legs that can leap as high as a 30-storey building. Is it not amazing?

Who will not fall in love with this cute black cat-like quadruped mammalian Poke? Umbreon is a silent monster that evolves through moon wave exposure. It hunts preys in silence and when it senses enemies around, it attacks them with bright, golden light it absorbs from the moon. Also, it gives off a toxic gas that agitates its foes.

Such an interesting amalgamation of a wolf, a kangaroo and a raccoon, Lucario is far more than its appearance. It has the ability to read auras and can navigate through others’ thoughts telepathically. With that in mind, Lucario can easily manipulate its enemies and use its telepathy to its advantage. Lucario is loyal to its trainers and can be harmless to strangers.

Female gamers must love a psychic fairy Poke monster like Gardevior. Akin to the ability of Lucario, Gardevior can sense feelings of other monsters as well as people. It is also loyal to its trainers and is keen on protecting them from impending dangers through its psychokinetic power.

The Poke monsters may not exist in real life, yet they have grown a large fan base across all ages. Of course, save those who grew up before the ‘90s. With these most popular Pokemon around, your boring afternoon will surely be filled with fun. So why not invite a friend and play remotely online, or simply get your console updated for more fascinating monsters to collect and help evolve. 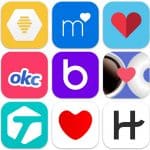 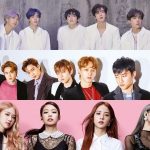