As socially inclined as we, humans, are, we embrace technology connecting us with others especially in this COVID pandemic era. Most popular social media sites like Facebook and YouTube are attracting a significant number of audiences like never before. Should you go all the way to TikTok? Spend half of your budget and effort into YouTube and the rest on Instagram? There are more of them and new ones might be coming in a few months or so.

Here’s the list of the top social media websites to help you decide which is or are right for your marketing or branding in 2021.

Most Used and Most Popular Social Media Sites

Care about and invest in one or more of the following websites to establish your online presence.

Based on the statistics of statista.com, Facebook ranks first as the most popular social network globally as of October 2020. The network is considered the first to surpass one billion user accounts with its 2.6 billion active users every month. Other than allowing you to network with family and friends from afar, you may access its various online selling apps. The platform enables you to promote and market your products, business, or brand through Facebook ads.

This site is considered the largest among the video-sharing media platforms across the globe. It allows users to upload and view videos from other users and get to interact. On average, it is famous among men and women and its usage goes along with education level and income. You can access the app anywhere in the world letting users create a channel to upload their videos.

Messaging app WhatsApp enables users to share images, audio files, text messages, videos, documents, and voice notes. The number of its users grow exponentially for the past years with an average of two billion users every month. It introduces new features for easy interactions among users.

This all-in-one calling and messaging app connects people using its app ID. With this app, you can now talk to strangers even without divulging your number and other information. Its popularity and selling point are attributable to its 1.2 billion users every month. It maintains your anonymity when you connect with strangers. Other than sharing videos and photos and sending text messages, it supports video and voice calls.

Introduced as a distinct social networking app, but Instagram was based on video and photo sharing. The visual platform lets users capture life’s best moments with a phone camera converting them into art. It has multiple filters for your photos enabling you to post them to your other social media accounts and app. You may also use its Live and Stories features, which are popular among younger users.

The short-form video-sharing app TikTok became shortly famous since its introduction in 2016. Apart from its 800 million subscribers each month, it became popular for its lip-sync videos. It comes with a variety of features such as filters, stickers, and augmented reality functions to add to your videos. Slowly, its popularity leaves the limelight not until the pandemic when most people, young and old, stocked at home, use the app to quit boredom.

Tencent QQ or simply QQ is a chat-based instant messaging platform. It became well-known internationally after its introduction in China. Now, it gained an audience in over 80 countries globally. You may use the app to connect with friends and loved ones through video calls, voice chats, and texts. In fact, it now has a built-in translator for chat translation.

There you have our top picks of the most popular social media platforms which will help expand and promote your virtual network. Use any of them to build better connections online. 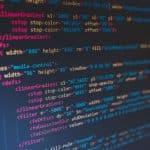