Choosing the most effective from the most popular fonts for your website or other design projects can be difficult. There are thousands of fonts to choose from and it can feel like you need a degree in graphic design to make the right choice. But don’t fret! We’ve compiled a list of 10 fonts that are popular with bloggers, designers, and companies today. Find out what fonts work best for your project with this handy guide!

Most Popular Fonts for You

Do you ever find yourself staring at the screen, wondering which font to use for your next project? Try considering the following:

In 1957, two designers created what would become one of the world’s favorite typeset; it was called “Helvetia” after Switzerland where they were both born at that time. It became more commonly known as just Helvetica, which means swiss-like or typical to Switzerlands’ design work. This typeface has been implemented on many famous logos.

The reason why Helvetica is one of the most popular fonts today has to do with its clean, modern look. The font was designed by Max Miedinger and Eduard Hoffmann in 1957 for a Swiss-type foundry called Haas Type Foundry because they were looking for a genuine new sans-serif design that would address shortcomings of seriffed types like impact legibility on signage at small sizes or when reproduced digitally as well as being more economical than other designs due to less ink required.

Fonts have become an important part of a company’s branding. Calibri font is one the most popular fonts today because it has crisp, clean, and modern lines that are easy to read in small spaces while maintaining simplicity without any fuss.

Calibri was designed by Lucas de Groot as he wanted something simple with no frills but still bold enough for headlines or subheadings on websites or presentations. It can be used not only for text formatting within Microsoft Word documents, emails, and web pages like this article you’re reading now. Also, it lends itself well to logos with its distinctive sans-serif design, perfecting legibility even at smaller sizes such as when using Twitter embed codes.

Futura is a typeface that was introduced in 1927. It has since been recognized as one of the most popular fonts. This is primarily due to its legibility and versatility among many different typesetting applications, such as advertisements or websites.

If you are writing an article or need to present any kind of text information for your audience then Futura should be on the list of fonts to choose from. Its clean lines make it easy readability no matter what size you use this font at.

Modern fonts have been in design for centuries. One of the most popular is Garamond, which was designed by Claude Garamont. The font has been popular for centuries and is still a favorite of many today. The typeface was created in the 16th century, during Renaissance times when printing presses were invented with movable lettering pieces that could be set on different lines and pages to print text more quickly.

Garamond is often seen as formal because it appears more elegant than some serifed alternatives such as Times New Roman- but don’t be fooled by appearances alone! This historic typeface also pairs nicely with modern sans serifs (such as Helvetica), which makes both easier on the eyes over long periods.

Times New Roman is one of the most popular fonts for designers today. It’s a sans-serif font that was designed by Stanley Morison and commissioned by The Times newspaper in 1931, where it has been used from 1932 to the present day. It is an important typeface because its design includes modernist typography like geometric shapes as well as classical designs from serifs which makes this typeface perfect for any designer who enjoys using both styles interchangeably or just wants a simple yet elegant look on their website without adding too much noise with more elaborate details.

There is a font that has been around for centuries. It was used by the ancient Romans and it remains popular today. That’s right, I’m talking about Cambria!

The Cambria typeface was developed by Robin Nicholas & Robert Slimbach back in 1997. Initially named “Alto,” its name changed to Cambria after it became part of the Microsoft Office suite which launched three years later. This sans serif font has more features than what you might think, such as small capitals like ‘q’ italics (like ”a”) and an Old Style Numerals (‘1’ looks just like our familiar Roman Numeral I). Cambria’s slimmer design makes it easier to read long passages without risking eye strain from reading too much text on one page or screen at once.

Verdana was created by Matthew Carter as a result of his dissatisfaction with Helvetica Neue, which he felt looked too dense when set at small point sizes such as those found on computer monitors. It maintains features like wide spacing between characters but draws its inspiration primarily from sans serifs most notably Futura Bold Oblique (which ironically was originally inspired by Mattia Cass.

Phones are used for everything from texting to banking and social media is an integral part of our culture. With the ubiquity of text-based communication in so many types of business interactions, it has become essential to have a font that makes reading smooth and easy on screens or paper–and Verdana does just this!

Many people know Rockwell as one of the most popular fonts today, but do they know how to use it? Some may be viewing this font more for its nostalgia than usability. This is a typeface that has been around since 1938 and was based on lettering designed by Howard Kettler in 1927. It’s no wonder why so many designers are impressed with such an old-school look! Most often than not, it appeals to people who like vintage things.
This font is highly recommended to any graphic designer looking for a versatile, clean look that can be used in all sorts of projects from advertising campaigns to children’s book covers and much more!

The font Franklin Gothic was created by Morris Fuller Benton in 1903- 1904 based on sketches made from his handwriting around 1898 (Hershey). This sans-serif typestyle became one of America’s first trademarked fonts at its release date.

Franklin Gothic is one of the most popular fonts of today, has a very distinctive style. The letters are heavy and condensed with squared shoulders while being upright in appearance. It is usually clean-lined but it can be used for mixed media layouts. Moreover, this serif face does not have any decorative embellishments that would make text difficult to read when put next to other graphics or images on the page.

Create a stellar search engine optimization or any marketing plan that drives sales by considering the view of your customers. The most popular fonts presented above would be of great help. Which of these principles have you applied to increase your products’ sales online? 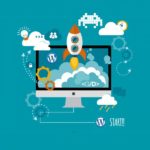 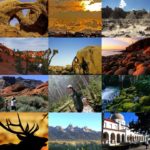