Few things are more difficult to do than list the most popular cartoon characters. After all, a person needs to take into consideration many unique personalities and other qualities. Here are a few cartoon characters from the past and present that are known to be favorites.

Solving mysteries is Scooby-Doo’s profession, but he needs his charming friends to help him along the way. Daphne, Velma, Fred, and best friend Shaggy provide Scooby with enough courage to brave the storm of sneaky villains and costumed monsters he faces on a regular basis. One of the things that Scooby and the gang do best is run away from fiends while exciting music plays in the background.

Although Bugs Bunny is only a rabbit, he has the smarts to outwit Elmer Fudd, Yosemite Sam, Daffy Duck and probably everyone he could ever meet. One lesson everyone should learn is to never underestimate the intelligence of a rabbit. To everyone’s disgust, Bugs provides tricks galore when challenged. His starring roles in Merrie Melodies and Looney Tunes make him tough to beat for the top spot of favorites.

Being one of the most recognizable cultural icons means you’ll probably never go out of style. This has never been more true for Mickey Mouse. Further, you can usually find Mickey spending time with his girl Minnie. They eat romantic dinners, take Pluto the dog for walks, and share adventures of small and large proportions. Add Goofy, Donald, and others to the mix, and anything can happen.

As a Peanuts character, Charlie Brown can make you laugh and feel sorry for him. Bullies almost never miss the chance to attempt to bring him down but he still endures the test of time. Snoopy and the gang join in the fun and give Charlie Brown plenty of reason to visit the psychiatrist (Lucy) from time to time. His comic strip is one of the most popular on the planet.

One of the most immature but adorable cartoon characters ever is Bart Simpson. He makes mischief nearly everywhere he goes as Homer and Marge watch in frustration and disbelief. But, his entire family, including Lisa and Maggie, continue to love him unconditionally through it all. Favorite pastimes of Bart include riding his skateboard and annoying his sister Lisa.

Not only is Garfield one of the most popular comic book characters, but he’s also had his share of cartoon series, movies, and figurines. He can provoke nearly anyone’s sense of humor without opening his mouth to speak. Jon Arbuckle, Odie, Nermal, and other cartoon characters populate Garfield’s world.

Cats and mice will always find a reason to be enemies and this problem continues for cartoon characters Tom Cat and Jerry Mouse. Created by Joseph Barbera and William Hanna, Tom & Jerry has provided children and adults with comedic entertainment since 1940. They engage in riotous behavior and find love while an often frustrated Tom is in an endless pursuit of the clever Jerry.

One word that can describe Frosty the Snowman perfectly is magical. When the children place the hat upon his head, he magically comes to life. His personality leaves a lasting impression on those who see him. Another reason to watch him is to hear him say “happy birthday” seemingly for no particular reason. His voice stirs the imagination and provides inspiration for the holidays. Furthermore, the main song is catching and reminiscent of Christmas.

While some may view SpongeBob as annoying, others like him for his unique personality. In fact, many would argue, he provides hours of laughter and entertainment. Being an optimistic sea sponge doesn’t mean you can’t have a real-life with friends and foes. Working at the Krusty Krab as a fry cook and spending time with his pet snail Gary only makes SpongeBob more likable.

Jellystone National Park isn’t as special without Yogi Bear, Boo Boo, and the rest of the cartoon characters that reside here. Yogi Bear tries to steal picnic baskets with Boo Boo by his side, while Ranger Smith makes an effort to stop them. Yogi has made several appearances in animated television shows, films, and comic books.

If ruling the world has ever crossed your mind or you watch cartoons a lot, you might have come across Pinky & the Brain. Brain is the genius while Pinky isn’t the smartest rat ever. This makes for the perfect duo who have the power to make you laugh at their hilarious antics. The problem that’s always on their minds and might never truly be solved is ruling the world.

Friendly ghosts such as Casper are still frightening. This is particularly true when Casper meets strangers who are fearful of his ghostly nature upon meeting him. No matter what happens though, Casper continues to be friendly to every woodland creature, human, and monster he meets. He also proves that everyone still judges you by your appearance even if you’re the nicest ghost anyone could ever meet.

Being small and blue doesn’t stop Papa Smurf from overseeing Smurf Village each day. This is where Brainy, Smurfette, Jokey, and the rest of the Smurfs dwell. Papa Smurf helps them through any problems they face and teaches them the value of respect. Every Smurf should be as wise as him because he holds the key to their happiness and safety.

As a devoted father and loving husband, George Jetson receives a high score. His wife and kids shower him with adoration, as his dog Astro stares up at him with loving eyes. While George may not always make the smartest decisions, his futuristic family will love him for eternity.

Fred Flintstone has the strength to drive a car with his feet and the determination to take care of his Stone Age family. Barney Rubble helps to balance his anger out with his quirky nature, as his wife cooks up delicious meals in large portions. Although Fred’s quarry job is unsatisfying, he always returns home to his daughter Pebbles, adoring wife Wilma, and pet dinosaur Dino.

Superman’s popularity is proven through various appearances in films, animated series, and comic books. His superpowers, suit, and alter ego make him truly unique and exciting to behold. Of particular interest to those who know and love him may be the contrast between Clark Kent and Superman,

Possibly the most lovable, huggable bear to ever exist is Winnie-the-Pooh. From his golden-colored fur to his red shirt, adults and children alike seem to adore him. He provides an escape from reality to the Hundred Acre Wood where he and his equally cuddly friends have spectacular adventures.

While Courage rarely seems to show any bravery, he tends to undertake plenty of daring deeds on his own. For instance, he saves Muriel and Eustace from serious obstacles and faces off against dangerous creatures from the earth and beyond. Besides this, Courage is only a dog and has the unique ability to make people laugh without even trying.

Catching bad guys in the dark is one of Batman’s biggest strengths. Besides this, his car, the Batmobile, was likely created to be envied by all. Despite all of the glory of being a superhero and popular cartoon character, Batman maintains his cool demeanor and mysterious personality hidden behind a mask. Young and old find pleasure in watching him fight off enemies and interact with love interests.

As Dr. Seuss’ green, mean and ugly creation and one of the best-loved cartoon characters, the Grinch stands alone. Anger and bitterness may not begin to describe the horrid attitude the Grinch has towards humanity. When he dresses up as Santa Claus, his appearance is still lacking in attractiveness and wholesomeness. But, this still doesn’t stop him from hating the whimsical Whos in Whoville or stealing their Christmas presents right underneath their innocent noses.

Catching the Road Runner is Wile E. Coyote’s goal that seems to never get achieved. But, almost nothing is funnier than watching him get betrayed by the inventions he created. Meanwhile, the Road Runner zips by and manages to avoid the grasp of his hilarious pursuer.

Daria shows how difficult it can be as a teenager and young woman as she battles her way through Lawndale High School. As one of the funniest female cartoon characters to air on MTV, Daria is also brainy and sardonic. Being highly intelligent is her strong suit in every situation she faces as her friend Jane sticks by her side.

These are only some popular cartoon characters. They showcase the importance of humor, imagination, and self-expression. A few other top cartoon characters are Peppa Pig, The Little Mermaid, and Spider-Man, among others. Watching cartoons can give you a way to escape the ordinariness of everyday life, relax for a time and enjoy the show. 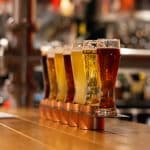 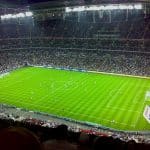