The most popular spots to capture a selfie have been somewhere near the window or the bathroom mirror in the past year. Yet less than two years ago, it was not like this. So today, this article will remind you how beautiful the world is how wonderful the world is so that once everything comes back to normal, you will be ready to travel the world for selfies. Below are some of the most popular areas to capture selfies in the World. You can mentally tick the boxes or add them to your to-visit list.

You will find the tallest construction in the World (828 meters) here, and till now, no one has ever gotten to the top. This skyscraper is the perfect spot for pictures that are guaranteed to reel in the likes. To avoid accidents, capture your selfie from the area with a breathtaking view of countless tall buildings, Dubai, and swimming pools with deserts in the background.

If hearing the word ‘skyscrapers’ makes you faint immediately, you can opt for a view from the ground with the camera facing upwards.

Before considering visiting Disneyland for capturing pictures, bear in mind selfie sticks are banned there. If you have long enough arms that they can take selfies with the Sleeping Beauty Castle in Disneyland, you are lucky enough. If they are not, however, you can request other tourists to help.

Another rule regarding pictures in Disney land is that all self-respecting selfie-takers should move around with a mini mouse or mickey mouse headband. Bearing in mind they go for $20, and you will not use them again, they are quite expensive; if this doesn’t sound much of an option to you, you can buy one and share it with your friend or borrow from a lucky passer-by.

If you are among the luckiest people in the world, you can end up with a cooler selfie if you capture one near the life-sized dolls which are always strolling in the park. You will not have to give the actors some cash for the image; instead, a friendly ‘merci’ will do the trick.

Among the most iconic cities in the world with recognizable landmarks and landscapes, is Rio De Janeiro. The Brazilian city stretches from Copacabana Beach to Sugarloaf Mountain. There are many places in the city to capture instagrammable shots.
Christ the Redeemer statue looks over the city, leaving you with an option of taking a selfie with Christ himself as the background or climbing it and getting a view of Rio from the statue. The most giant mural in the World -Boulevard Olimpico-is also found in Rio. It was completed in 40 days, and you can capture amazing selfies here.
You can also go to the fashionable Ipanema, which is home to high-end fashion boutiques and leafy streets. There is also the Ipanema beach, where you can capture sunset selfies during surfing.

If you are on your way to the Thames’ banks heading to the famous tower, you can stop around the bell and capture stunning selfies. Big Ben is not the name of the whole tower but refers to the bells alone. The building was given a new name in 2012 as an act of honoring the current monarch. Its previous name was the simple Clock Tower, and the name was changed to Elizabeth Tower.

Even if you might frequently hear the bell, the tower is closed since the management is renovating until later in the year, so no selfies until then. After the renovation is complete, you can head over to the bridge at Westminster and it will take you to the tower which is another selfie area.

There are two emerald gulfs in the Andaman Sea, and they are separated by a land piece on the island of Phi Phi found in Thailand. The strip of land separating the gulfs creates a spectacular beauty that appears awesome in pictures. However, getting it is not simple. You will have to ascend some mountains for around 25 minutes to get to the beach of Ton Sai t get to the central viewing platform.

Among the landmarks, you will encounter when climbing is the Grande PP Arcade. Once you see this, do not make any turn and follow the tourists. Since climbing Thai mountains is exhausting, visit the platform early in the morning when it is cold.

The photogenic features of colorful fishing villages joined by Amalfi Coast, Italy, have been trending on the internet. The unique villages are found above the turquoise waters, where they beg to be part of the photo feeds in Instagram trends. The best areas for a photo in the villages on the seaside cliff of Manarola town.

There are many picture-friendly areas in the villages, so be keen on the direction of the tourists and be ready to queue and capture memories. Look for places that would look good in photos.

Any self-respecting traveler knows selfies with the background of St. Basil’s cathedral are a must. Since the cathedral was shown on the initial background screen of Tetris, tourists call the cathedral the ‘Tetris Building.’ The best place to pose for a picture is on the side app of the building near the Kremlin, where you can also include the Pozharsky and Minin Monument in the background.

The Neuschwanstein castle is located 120 km away from the heart of Bavaria- Munich. The castle appears like it was made for one of Disney’s films. You will get speculating views from the Marienbrucke Bridge located near the castle. The bridge acts as a connection between two mountains connected by a narrow stream of a river

As many people want to take selfies from the bridge, it would be best to arrive there early. After feeling content with the pictures you have taken, you can then visit the castle and capture more photos near its entrance.

The Great Wall of China

The world’s longest wall and not a single ATM machine. Jokes aside, if you are a fan of taking images of yourself super selfie-style, the Great Wall of China allows you to do just that. The wall is 9000 km leaving you spoilt for options of your ideal spot. When choosing the perfect drop, be careful since occasionally you will have to walk for some kilometers.

Weather-wise, the best time to visit is during spring and autumn. If you are a sporty or young person, you can opt for the Jiankou section. While it is demanding to walk along, the most breathtaking selfies are captured in this section. There are lesser tourists at the section because it requires experienced walkers alone also makes it an ideal spot.

If you are not a sporty person or you want something simpler, the Mutianyu section might be what you are looking for. Since it is easy to navigate and famous, there are many tourists here. However, that should not lower your spirits since your selfies will look just as you wished they would. If you climb the mountain a bit higher, the views of the ancient monument will encapsulate you.

Guidi designed the cathedral in Barcelona, and everyone who has been there goes home with drained batteries. The most classical travel photos are captured near La Sagrada Familia’s background. Since you do not want to take selfies of your chin and below or with foreign tourists included in your photo, stroll got some minutes till you get to Place DE Gaudi. Here, you will capture equally cool selfies, and you will capture the landmark and yourself in the whole picture.

The ancient temple of the Parthenon is located on the Acropolis hill and is the most frequently visited part of Athens. Since when it was built in 432BC, the temple has always been preserved. Even if there are no secrets to capturing excellent selfies here, it would be better if you turned up during the wee hours of the morning as there will be fewer people. Also, with fewer people around, you can choose an angle that is appropriate for you. However, if you want to take a selfie with Acropolis in it, you should ascend Mount Lycabettus, which is 4.5 km from Parthenon. If you want to be sporty, you can walk

So, how many boxes out of 12 have you ticked? If you have scored more than six, congrats since you have visited some of the world’s most significant landmarks. If you scored below half, these beauty spots are eagerly waiting for you to visit. Be armed with this list, and during the critical moment, remember to say cheese! 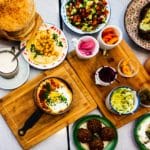 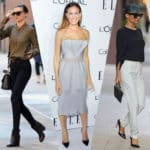