Have you ever ambitioned of becoming a popular artist of all time?  Have you ever dreamed of seeing your beloved art object being displayed inside a museum?  Becoming an artist is not an overnight development because it takes years of practice and a lot of determination to perfect its skills and creative talents.  As per definition, an artist is a person who practices different creative arts such as a filmmaker, sculptor, or singer.  An artist uses his conscious skill and creativity to create art objects like paintings, music, or sculptures.

5 Most Popular Artists and Creators Who Are Famous and Popular

Do you know any artists who are famous for their artworks?  Did you find their works interesting and fascinating that you wonder what was on their minds when creating such art objects? These famous artists have possessed technical skills, creative thinking, and determination to produce outstanding works of genius.  They left a lasting legacy in the art that influenced some of the current and aspiring next-generation artists.

Here is a list of artists and creators that are famous for all time.

Have you seen the famous painting called Mona Lisa?  Were you fascinated by the art’s composition and enigmatic expression of its subject?  Yes, the Italian painter, Leonardo da Vinci, was the creator of such a painting.  He was active during the Renaissance and was known to make drawings and notes on various subjects on his notebooks.

Moreover, his signature triangular composition is one of the most visually pleasing painting layouts, which is still being used today.

To become a sculptor, one must have an extraordinary skill to manipulate materials such as clay or wood to bring their subject to life.  Donato di Niccolo di Betto Bardi, or better known as Donatello, was an Italian sculptor during the Renaissance who created many sculptors such as the bronze sculpture “David” and the wooden sculpture “Penitent Magdalene.”

His work “David” was the beginning of the Renaissance sculpture that marked a significant change in art.  Until now, most of his works are still in Florence, the city where he worked until he died in 1466.

Martin Scorsese, the most influential filmmaker

Do you like to watch movies in the cinemas?  Have you seen some of the films of actors Robert De Niro and Leonardo DiCaprio?

Both actors have collaborated with filmmaker and director Martin Scorsese, who made various notable movies such as “Taxi Driver” in 1976 with De Niro and the epic “Gangs of New York” in 2002 DiCaprio.

This most influential director explores various themes such as Catholic concepts of guilt and redemption, nihilism, and crime into his body of work.  Also, Scorsese seems listed as one of the 100 most influential people by Time Magazine.

Ansel Adams, the most famous photographer

Have you ever thought of becoming one of the most famous professional photographers?  How many photographers did you know who are famous for their works in photography?  Ansel Easton Adams is a landscape and environmental photographer notable for his black-and-white photographs of the American West.

Adams developed the Zone System with an exacting system of image-making that allows photographers to achieve a desired final print by understanding how tonal range is recorded and produced during exposure, negative development, and printing.  Ansel Adams’ induction into the International Photography Hall of Fame and Museum in 2017.

Ludwig Mies van der Rohe, the most famous architect of all time

Rohe collaborated with German modernist designer Lilly Reich, to design modern furniture pieces that have become popular such as the Barcelona chair and table.  Mies also became the last director of Staatliches Bauhaus, a German art school in Weimar.

All these famous and popular artists are important with their contributions to the field of art.  They have created art objects that are original in their area of art and have fascinated audiences worldwide.  Are you inspired also to become your artist and influence other with your style?  Let these famous artists be your inspiration as you journey to become an artist. 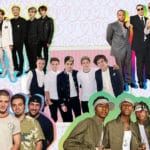 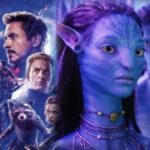