Saturday Night LiveThey returned to the stage for their first show of this month, and their first since Russia launched a massive attack on Ukraine.

Needing to address the tragedy before the night could begin, the show decided to forgo the usual cold-open sketch in favor of a moving choir performance paying tribute to the people of Ukraine.

The show tapped the Ukrainian Chorus Dumka of New York to take to the iconic Studio 8H stage, behind a platform covered in candles spelling out “Kyiv,” the capital city of Ukraine. Together, the choir sang a powerful rendition of “Prayer for Ukraine.”

After the performance, castmemrs Cecily Strength and Kate McKinnon, who both have been given the task of opening somber episodes after national tragedies in the past, walked out to deliver the show’s traditional start-line, “Live from New York, It’s Saturday Night.” 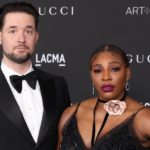 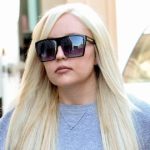