Vicente Fernández, Mexican music icon died at the age of 81 – – four months after suffering a fall that left him in the ICU at his ranch. The news was confirmed on the Mexican crooner’s official Instagram page. “Rest in Peace Mr. Vicente Fernández. We regret to inform you of his death on Sunday, December 12 at 6:15 am,” the post translated from Spanish read. “It was an honor and great pride to share with everyone a great musical career and to give everything to his audience. Thank you for continuing to applaud, thank you for continuing to sing #Chente #StillTheKing.”

In August, the “Por Tu Maldito Amor” singer’s family shared an update, following the news that he had suffered a fall on his ranch in Guadalajara – – that led to a emergency spinal surgery. A statement, posted on his Instagram read, that he was in “serious but stable condition.” The singer was also on a ventilator for a period, following the incident.

Fernández, also known as Chente to his devoted fans, was born in Guadalajara, Jalisco in 1940. The El Ídolo de México or the Mexican Idol, started his career as a street performer. Over his decades-long career, the “King of Racheras” sold over 60 million albums and starred in over 35 movies. Fernandez always wore his signature traje charro, the emblem of the Mexican gentleman rancher. The ensemble featured sombreros as well as embroidered jackets and trousers.

His songs of love and heartbreak were well-known. In 1998, he was given a star at the Hollywood Walk of Fame. He also received eight Latin Grammys, including the President’s Award in 2019. In 2002, he was named Person of The Year by the Latin Recording Academy.

The singer was steadfast in his roots throughout his career, despite changing music industry climates and personal struggles. Lupita Castro accused the debonair singer of sexual abuse.

Fernández is survived by his children Alejandro, Vicente, Gerardo and Alejandra. 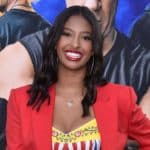 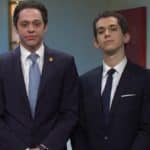